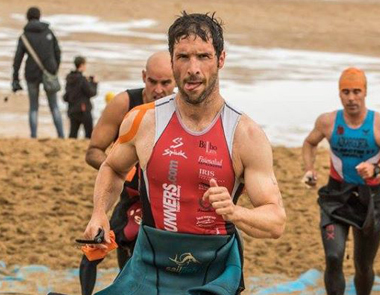 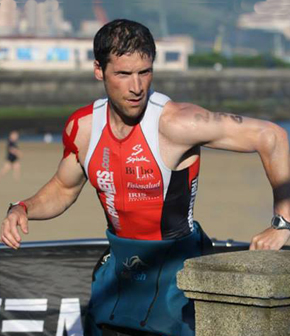 Computers Engineer: I have worked as freelance for the last 10 years with all stages of the development cycle for dynamic web projects, network solutions and security. Well-versed in numerous programming languages including PHP, JavaScript, SQL also in project management and customer relations.

Trainer on young categories at the TKrono Triathlon School .

Created my own brand MAKIM 'training your life' and work with different athletes improving their physical capacities. Obtaing great results on endurance sports like Marathon races, 70.3 Half Iron Man, 226 Iron Man and triathlon different distances. Developed and worked with an specific swimming method to improve efficiency, endurance and speed on swimmers.

Programming for Panda Sowtware on a Linux based secutiry tool.

Sorry. I'm not available on those days
-->

Street photography is photography that features the chance encounters and random accidents within public places.

Street photography does not necessitate the presence of a street or even the urban environment. Though people usually feature directly, street photography might be absent of people and can be an object or environment where the image projects a decidedly human character in facsimile or aesthetic.

Framing and timing can be key aspects of the craft with the aim of some street photography being to create images at a decisive or poignant moment. Street photography can focus on emotions displayed, thereby also recording people's history from an emotional point of view.

HB Nam is an internationally known street fashion photographer. In this Leica Camera Portrait, Nam explains how he started in photography and what photography means to him. For Nam, it's about documenting what's around him and the concentration required to achieve a good shot.

Light, and strong, suspension bridges can span distances from 2,000 to 7,000 feet far longer than any other kind of bridge. They are ideal for covering busy waterways.

With any bridge project the choice of materials and form usually comes down to cost. Suspension bridges tend to be the most expensive to build. A suspension bridge suspends the roadway from huge main cables, which extend from one end of the bridge to the other. These cables rest on top of high towers and have to be securely anchored into the bank at either end of the bridge. The towers enable the main cables to be draped over long distances. Most of the weight or load of the bridge is transferred by the cables to the anchorage systems. These are imbedded in either solid rock or huge concrete blocks. Inside the anchorages, the cables are spread over a large area to evenly distribute the load and to prevent the cables from breaking free.

The Arthashastra of Kautilya mentions the construction of dams and bridges.A Mauryan bridge near Girnar was surveyed by James Princep. The bridge was swept away during a flood, and later repaired by Puspagupta, the chief architect of emperor Chandragupta I. The bridge also fell under the care of the Yavana Tushaspa, and the Satrap Rudra Daman. The use of stronger bridges using plaited bamboo and iron chain was visible in India by about the 4th century. A number of bridges, both for military and commercial purposes, were constructed by the Mughal administration in India.